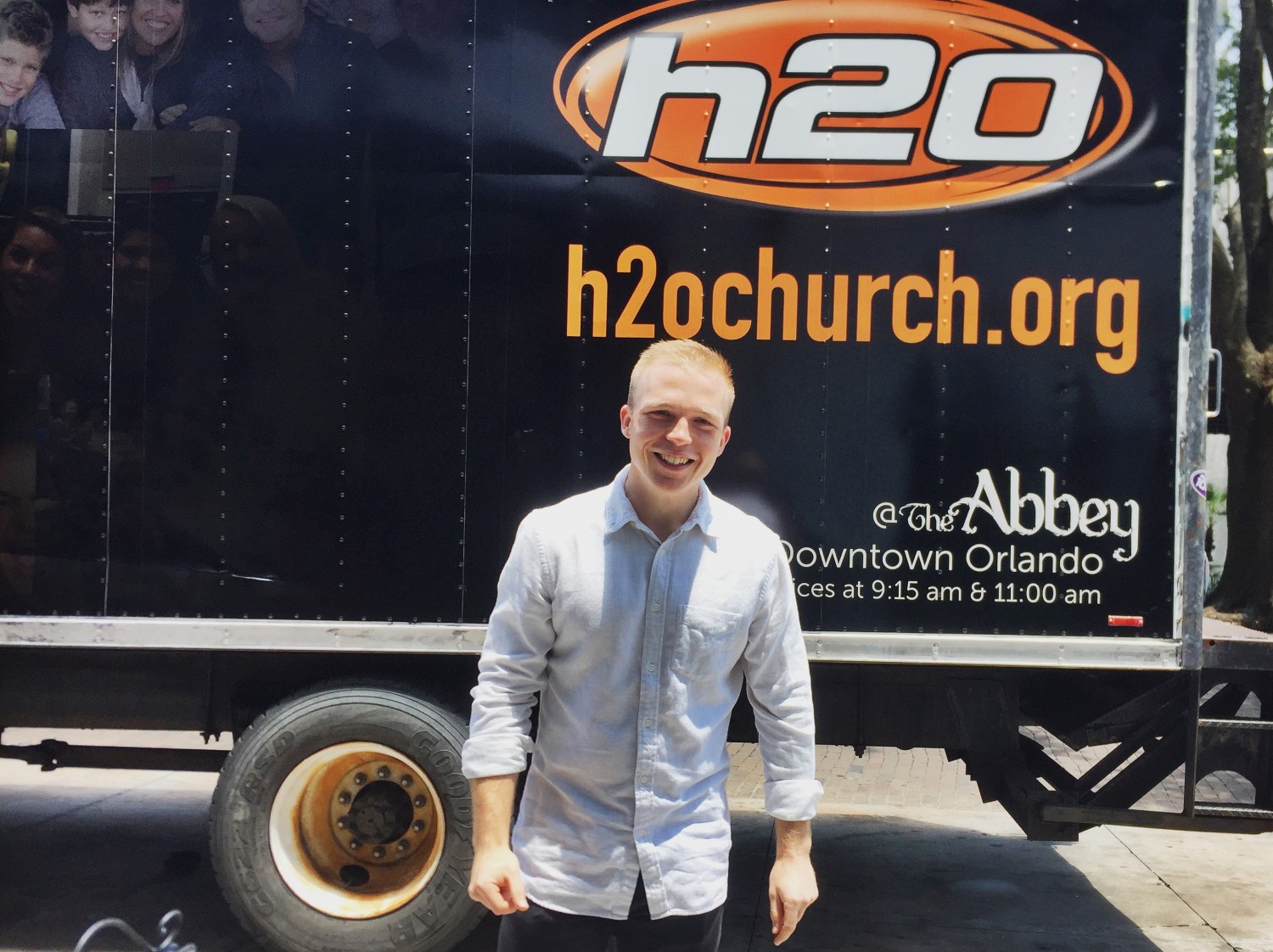 When I was a child, the idea of God was very real to me. I heard the stories about Him and even believed He was real and sensed a right way to live, but I chose not to answer these questions or the tugs on my heart I frequently experienced. Instead, I lived on my own. I didn’t have much authority in my life, so all the way through school to college I determined what was best for me. The more I turned away from God, the more guilty I felt, which led me to turn away even more because I thought I was “too far gone” or that it was “too late” to change. Eventually, I got involved with drugs like painkillers and pot, to alcohol and sexual addiction, which had started at a young age. At the same time I was popular and an athlete, so I really believed I had it all and was comfortable, yet in my heart I always felt restless. When I got to college my freshman year, I began making many mistakes, one that would lead to the end of a three and a half year relationship because of decisions I made. During this time, I wanted my idea of God (which was more like a genie who blesses us if we’re good) to fix my life. However, after realizing that God was more interested in me giving my life to Him and doing life His way, I ran. The first semester after transferring to Kent State University was the darkest period of my life as I dove headfirst into everything I mentioned earlier; running and staying numb from the fact that I knew I turned my back on a God who I felt was pursuing me. Depression, anxiety, and fear began to rule my life as I tried all the more to stay numb and avoid answering all the hard questions.

But during my running and feelings of condemnation and shame I was experiencing, God began to show me that he never gave up on me or left me, even when I gave up on and left Him. It started to make sense that Jesus came and died on a cross two thousand years ago so that people like me could have true forgiveness and a fresh start since He took the punishment I deserve. God brought me to a place where I realized that none of what I ran to for happiness, life, drugs, alcohol, popularity, or girlfriends, would fill the emptiness and aimlessness I was experiencing. I believed Jesus lived the perfect life I wasn’t able to and couldn’t live, and died a death I deserved to die, in my place, that by believing in Him and asking Him into my life I can have forgiveness rather than punishment and not fear God but be loved by Him, not based on anything I had done or can do but based on His sacrifice for me.

After years of that being just words to me, something finally clicked and I believed like I hadn’t before. A relationship with God is what I needed and wanted all along. After taking a leap of faith and trusting Jesus to come into my life, I have seen Him grow me and fill many of those voids I was experiencing in the beginning of my story. I genuinely feel I went from a mindset of escaping, running, and shame, to contentment and joy and forgiveness. I’ve experienced love and been accepted by God through a relationship with Jesus and it has changed and continues to change my life as I get to know God more and learn His unconditional love and grace for us.