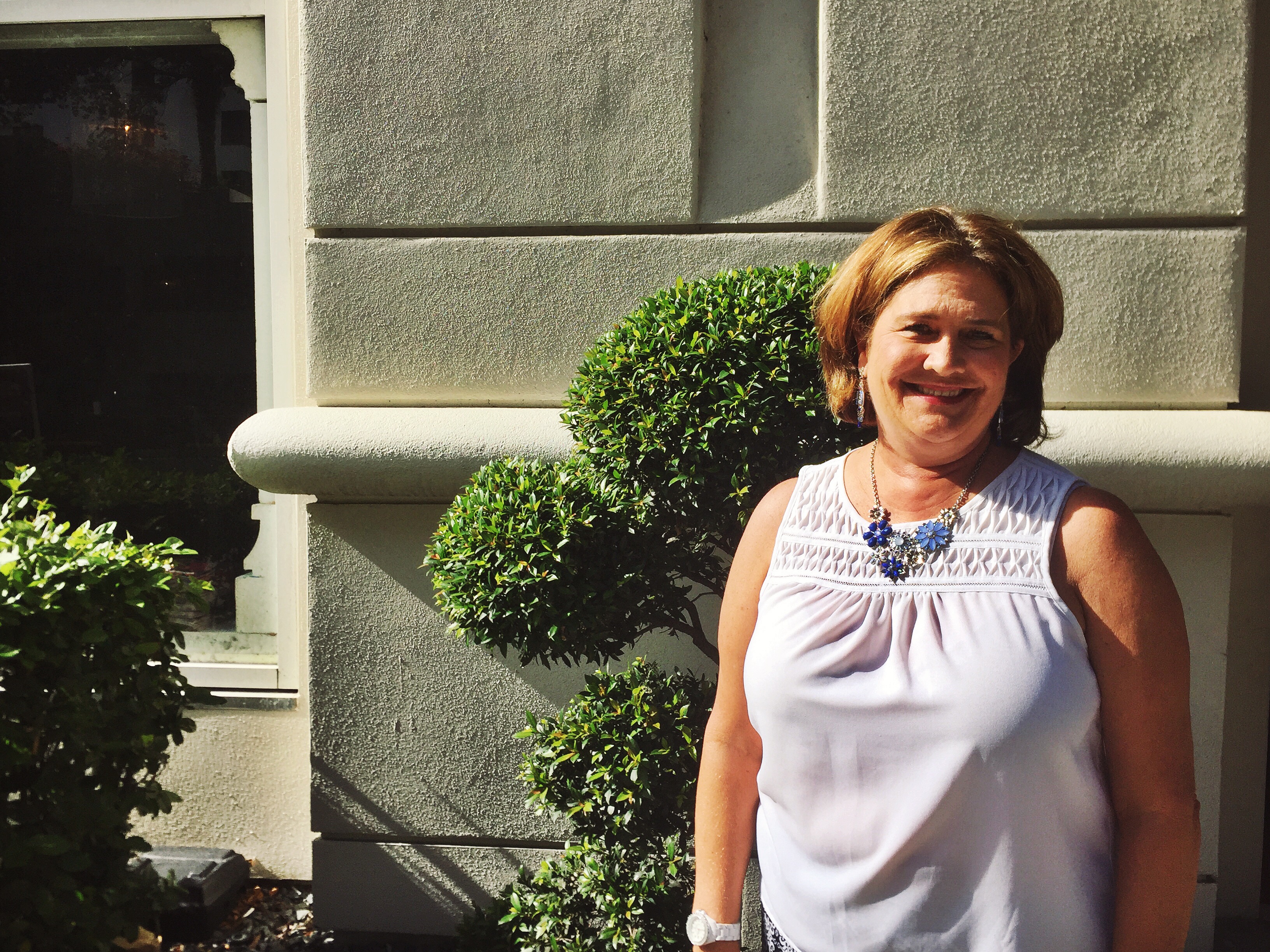 I was 23 years old when a friend introduced me to Jesus. I mean really introduced me to him: to His great love for me and His ability to change me from the inside out. It’s what I had been searching for my whole life…to be changed, to be loved.

My family attended church but when I got to high school, we stopped. I continued attending on and off throughout school, but most of the energy and social life revolved around parties.I drank a lot and stayed out late most nights. My friends dated a lot but me, I never had a boyfriend. I wanted one! But no one seemed to want me. At some point one summer, I did meet a guy in a bar. I went home with him and had sex with him. I bring this up because it sets the stage for what the next four years of college would be like.

In August 1979, I left for Texas Tech University: 2000 miles away from home where I joined a coed Catholic fraternity. With this fraternity, I attended a ton of parties, and drank a lot. All my friends hooked up and dated, but still no one seemed interested in me. Occasionally, we’d go out to a bar, I’d meet a guy, go home with him, and never see him again.

After graduating in ’83, I accepted a marketing position for a car company. I drove 1100 miles a week in west Texas and spent two nights per week in a hotel room. Cotton fields, oil drills, and small towns…not exactly a dream job.

Spending two nights per week in a hotel room can be very lonely. I met guys, both single and married, in those hotels. I was always hoping one of them would long for me, love me, pursue me, want me to be their girlfriend. But it never happened.

I went out one night and ran into an old friend from college named Vic. I ended up staying the weekend with him and he liked me enough to invite me back for New Year’s Eve. So I went. But for the whole weekend, it felt like he really didn’t want me there. I felt confused, rejected. I wanted the relationship to be real. But as the weekend went on it got worse, and New Year’s Eve was a disaster. We went out and I drank too much too fast. I was throwing up in the parking lot by midnight, crying my eyes out. Once again rejected and tossed aside, deepening the message I was unloveable by men. That night when we got home, Vic explained to me why he felt so awkward with my visit. He had recently become a Christian, and although he didn’t know exactly what that meant, he knew sleeping with me and having me there was wrong.

Later that week, I received a phone call from a woman named Hope, a friend of Vic’s. He had asked her to invite me to church. I was skeptical because he thought of mass filled me with feelings of being dirty, sinful, and hopeless.

But something pushed me to accept Hope’s invitation for the following Sunday. I found myself in the basement of a Methodist Church building with a group of men and women who were part of a student ministry called Great Commissions Ministry. At the service, I ran into an old friend: an older woman named Pat who I had always admired and respected. Although this church was unique, odd, and out of the ordinary for me, er presence gave me the push I needed to try this new kind of church. at invited me to lunch at her house and her kindness and genuine interest in my life felt refreshing and fulfilling to my aching soul.

The next day, I returned to work, headed to the small West Texas towns that border New Mexico. Little did I know that in a few short hours, the wheels Jesus had begun turning in my life for so long were about to shake up my life. As I drove down a long, boring stretch of Texas highway, a woman pulled out into the highway and, having not seen me in time, froze at the sight of me and I hit her full speed with an impact I can only describe as near deadly.

Me with no seatbelt smoking a cigarette in a car with no airbag.

I remember looking around thinking, ” I should be dead”. And yet, I seemed to have no serious injuries. I was taken by ambulance to the hospital and my car was taken away, totaled, but I was alive and well. Sore as hell, but alive.

After calling my parents to let them know what happened, my next call was to my new friend Hope. That week, Hope and people from the church brought me meals, checked in on me, helped me retrieve the items left in my car, and helped me get around since I now had no car. More love was being poured out on me from a group of strangers than I had ever experienced. As I reflected that week on my car accident, I realized how close to death I had really been.

This realization led me to thinking more about death, eternity, heaven…and hell. My spiritual knowledge told me my behavior and actions here on Earth determine my eternal destiny. But what’s the standard? Where is the line for what’s good and what’s bad? If it was anywhere near partying and sexual promiscuity I was doomed. But my new friend Hope was eager to share the good news of the gospel with me as she spent time with me that week. Slowly and gently, she explained the gift of salvation through Jesus which had never been explained to me before. After a few days soaking in those words of hope, truth, and love I turned my sad, confused, lonely, miserable life over to Jesus. And in that moment, I felt freed.

No really. Like, misery and despair left my being.

I knew I was forgiven now and I felt relief and hope. This began my journey, surrounded by a family of Christ followers. All of us seeking to live our lives to honor the sacrifice Jesus made so we could have life.