MY EXODUS FROM ANXIETY 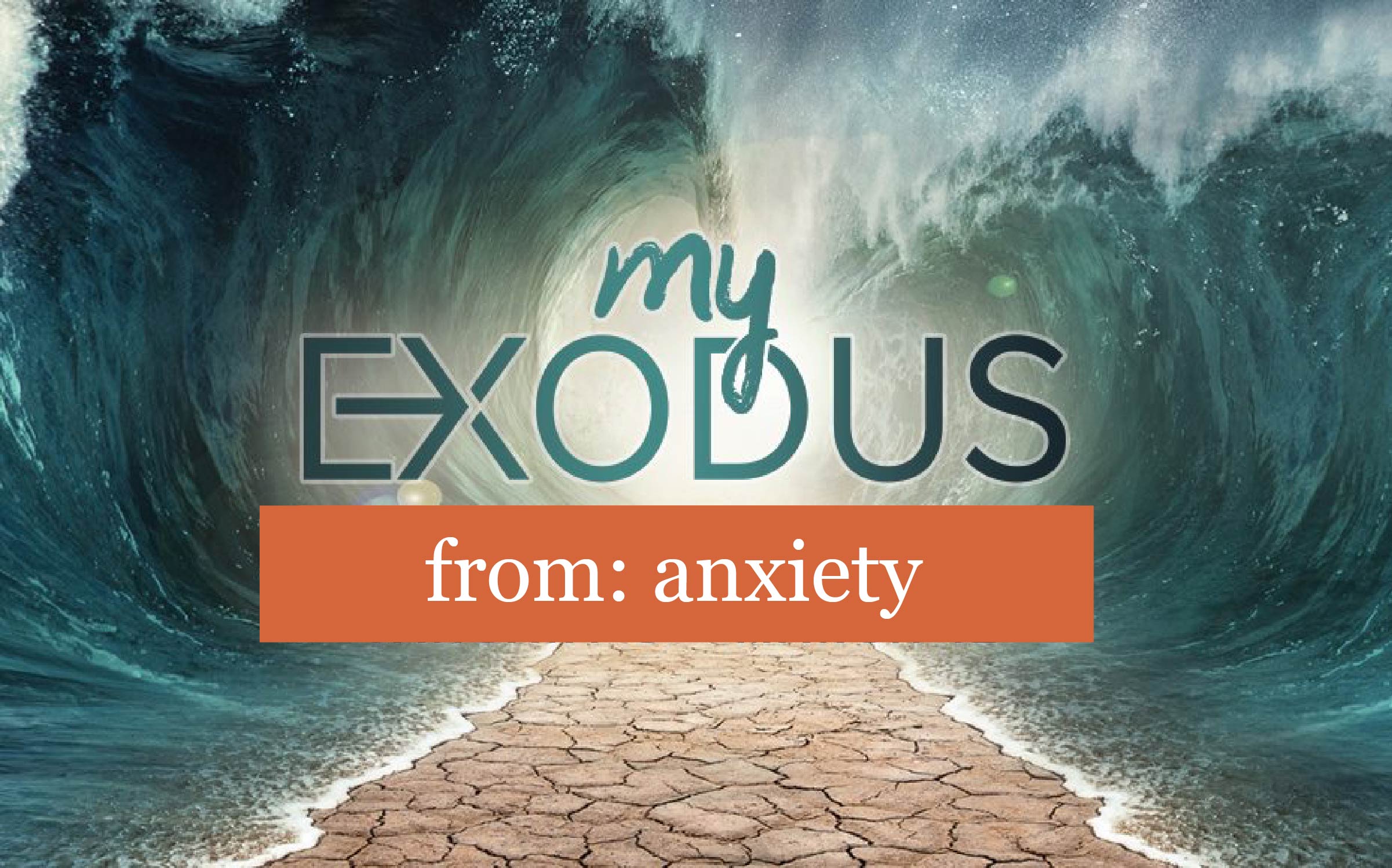 It was 2002 and something I couldn’t have predicted happened: I was flying to Philadelphia for work, and anxiety attacked. The feelings were so overwhelming I could feel my skin crawl. My head and heart were burning. I wanted out, but was stuck in this tube in the sky. I was trapped. It was all I could do to endure the rest of the flight.

I called friends when I got off the plane, frantic and crying. They were patient with me and talked me off the ledge, but from that moment on, the anxiety stayed with me. It was like a cloud hanging over my head that wouldn’t leave, and I didn’t understand how it got there.

I had just started dating someone and we were really enjoying it, but then WHAM- it all changed. I was afraid of everything. We dated for another month and then I just couldn’t take it any longer. I pulled the plug.  Looking back, I don’t think she was the cause of my anxiety, but something about our relationship was definitely a trigger.

One month later I saw a counselor for the first time. A friend told me I needed to give it a try because being this acutely anxious was not something to take lightly. I didn’t know what direction counseling would take me, I just knew I didn’t want to feel this way.

For two years I lived with this new reality. I felt anxious every day. I wondered whether I would ever feel normal again. Many nights I was so anxious I couldn’t sleep, thinking death surely would be better than this. It was torture to have to wait a whole week to see my counselor again to gain help and perspective.

The counseling helped but it was like a moving glacier. No discernible difference occurred in my feelings, but something was happening. Over time I learned to discern when I would feel more acutely anxious, and I began to see what my triggers were. I noticed when I felt trapped or didn’t feel like I had a voice to say what I wanted or needed, my face would burn. When I felt I was being made to do something I didn’t want to do or felt like I had no choice, my heart would start to race.

While dating that girl I felt trapped, as if I no longer had a choice. Wham! Anxiety attack. But as my counselor guided me through my past, I started to see patterns. I grew up associating my happiness with what other people thought of me, especially my mom’s thoughts of me. As I got older those people-pleasing tendencies developed into patterns of behaviors which usually spoke in my own voice saying “You should be this way”. It didn’t feel like freedom, it felt like prison. Now I was in a prison of anxiety and screaming to get out.

“My prison was really a battle for my own identity.”

As the youngest of three kids, I never felt like I had choices. I internalized this feeling over time thinking I didn’t have the freedom to exert of own choice or express my own voice. I didn’t have the confidence to speak what I wanted, I just stuffed it all under layers of “you should be this way” or “you shouldn’t be that way.” Now this anxiety I was feeling was screaming for me to start standing up for myself and not care what other people thought or expected. But I feared if I expressed what I wanted, I would be rejected, further accentuating the lack of belonging I felt. I had to learn a new identity. First, I had to learn to separate myself from voices of expectation. I had to learn to reframe those tapes that played in my head from traumatic events as a child. As I walked through a process of forgiving people, I also had to learn to be kind to myself. It was difficult to do, but I had to choose to believe truths God says about me when my feelings said otherwise. Truths like “I am a His child”, “He will never reject me”, “I can be honest about how I feel and He will still love me”, and “I am treasured as I am”. It was an everyday battle to embrace these truths and to distance myself from the lies that held me prisoner.

I realized those two years had been a reclamation project. With my counselor’s help, I tore down the old structure of beliefs that weren’t working anymore, and built a new one from the ground up. Things I thought to be true were ripped out and tossed to the side. It hurt to tear down that old structure. It hurt to build again. But it was necessary.

One day, I was talking with a friend and I realized I hadn’t felt anxious for a week. I was stunned. It was like I walked out of the prison and forgot to look back. Part of the solution meant moving toward something that could give me hope. The other part was learning to see myself accurately: a child of God, deeply loved, with absolute belonging, who can confidently approach the heavenly father.

It was hard to keep walking not knowing when my anxiety would end. But it always helped knowing God was with me, helping me take each step. And now I can see the beauty He has carved in my life from the anxiety I lived through.

To read more of Mick’s stories of walking through anxiety and depression you can check out his blog at www.wandering40days.wordpress.com
share
AnxietyChristianityCounselingExodusGodIdentitynon-denominational churchOrlando church