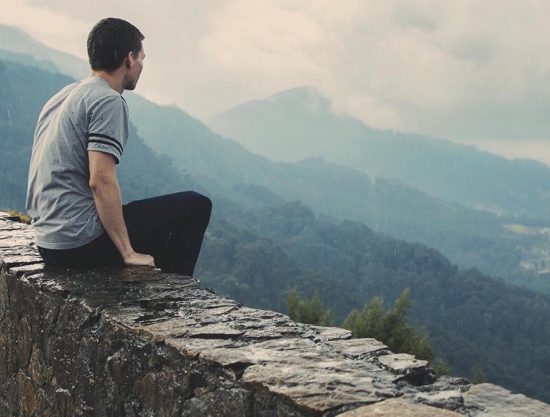 This past week, a group of thirteen of us gathered in the Ace Cafe to discuss this question, in an event we call “God on Tap,” a gathering of Christians and seekers, having a beer together and talking as friends about things in which we may potentially disagree.

This topic may be the stickiest theological mystery of all time. For example, Theologian John Stott referred to the question of suffering as “the single greatest challenge to the Christian faith.”  George Barna took a national poll and asked thousands of people: “If you could ask God any one question, what would you ask?” The number one response was, “Why is there suffering in this world?”  (Someone at our table suggested that perhaps the demographic that asked this question about suffering was married people, sooo… 🙂

It’s impossible to replicate an entire evening’s conversation on the question of suffering but one thing that struck me has to do with worldview. Now, a worldview is simply how you look at the world, how you answer life’s biggest questions, such as…

Is there a God?

Is there purpose and meaning to life?

Are there moral absolutes, or are we free to make up our own?

Where did we come from—divine creation? Evolution? Airmailed from outer space?

Where are we headed; that is, what happens after death?

The Biblical worldview is has four big pieces; (1) divine creation; (2) the fall of humanity, enabling sin to enter the world; (3) personal restoration through the death, resurrection of Jesus; (4) universal restoration at Jesus’ return.

And it is from this perspective that we arrived at a surprising conclusion; whether or not we embrace Jesus as Lord, suffering is not a contradiction to the Christian worldview of a broken world, but rather an explanation of humanity’s choice in the garden of Eden.

Many of us here at God on Tap were pretty un-churched before coming to believe in Jesus. This question is difficult for believers and seekers alike, but it’s often posed by people who aren’t fully aware of what the Bible says. We’ve heard just enough of Christianity to know it speaks of God’s love, and assume, therefore, that there shouldn’t be pain and suffering.

But from beginning to end, this book—the Bible— tells us why pain, evil and suffering are here.

To the question, “If God is good, why didn’t God create a world where there was no evil and suffering in the first place?” The answer is simply that—He did. Genesis 1:31 says, “God saw all that He made and it was very good.”  Or to put it another way, God didn’t make this world, this way, we did. Or to rephrase this yet again…

God is not the creator of evil and suffering.

So, if God is not the author of evil and suffering and if what He created is good, then where did it come from in the first place?  Well, from us…of course.

The Biblical worldview is that pain, evil and suffering entered the world when humanity told God, in the garden of Eden, to shove off, and the tragic result of our declaration of independence from God—-“I will run my life”—- is a fallen world and a fallen human nature. The “thorns and thistles” of life resulted directly from humanity’s choice (see Genesis 3:18)

Theologians sometimes call things like earthquakes and tornadoes and hurricanes “natural evil” because they are supposedly not caused by man, but that doesn’t seem right. It seems like the story God is telling us in scripture is that when we told God we’d go our own way, it’s not just humanity that was cursed, but ALL creation. Disorder, chaos, and “natural events” are the result of the curse upon creation that we brought about by sin. Romans 8:22 anthropomorphically says, “For we know that up to the present time all of creation groans with pain like the pain of childbirth.

According to Genesis 3, when God asked Adam why he had disobeyed God, he said—IN THE BIGGEST BLAME SHIFT EVER— ““The woman whom you gave to be with me, she…” This is classic. Not only does he blame his wife, Eve, but ultimately he blames God. (We all got a good laugh about this, mostly because we’ve pulled the same blame shift at one point or another).

I’ve been to Africa on three missionary trips and have been privileged to become friends with people in a remote village in Kenya, called Parkishon. The children there, before Food for the Hungry steps in, are precisely what we see on tv; naked and covered with flies. And as I think of that remote village and their suffering, it’s as if, as a culture, have learned to collectively shake our fist at God and demand, “How can you allow this?”  But it seems to me that we’re just like Adam, blame. It seems to me that this question is His to ask of us—  “How can YOU allow this?”

This point most definitely does not wrap everything up in a box, with a cute little bow on the tap. (You’ll notice, this essay is part one). There’s much more to wrestle through and when all is said and done, we’ll still have unresolved tension and pain and tears related to the question of suffering. But the point of all this and the surprising conclusion of the evening is that…

Evil and Suffering is NOT Contrary to the Christian Worldview. It is precisely what scripture teaches as the result of the Garden.

God on Tap provided for us an evening of deep thinking, quality conversation, laughter and great beer.