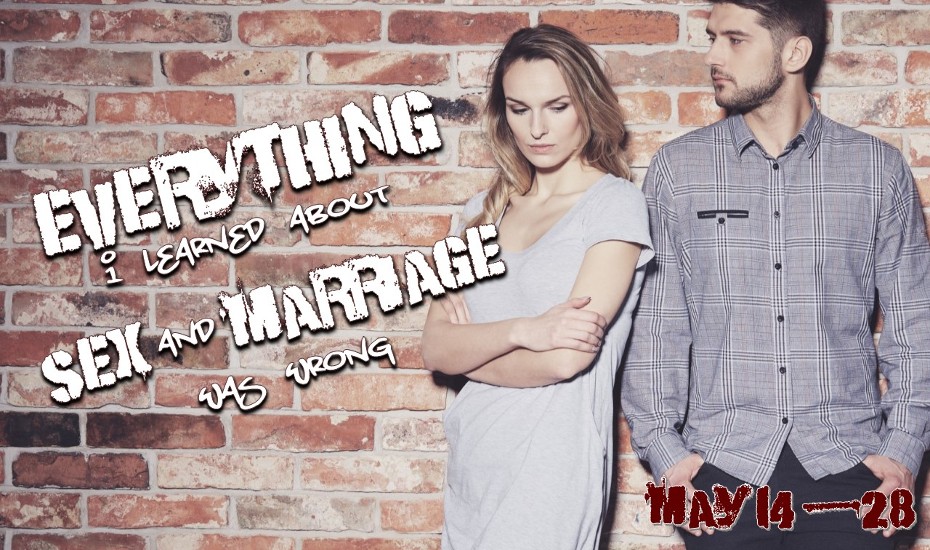 We’ve begun this new series because everything…well, almost everything, I learned about sex and marriage was wrong! This isn’t meant to be hyperbole or exaggeration, but a confession that neither culture nor the church really adequately prepared me for marriage.

So, we’ve begun this new series about sex and marriage..or was it really about gender? Or culture? Or discernment? The answer is “Yes” to all of the above. In case you missed Part 1, we looked at Ephesians 5 and talked about the man’s high calling in marriage. As I said last week, we are raising a generation of men more adept at Call of Duty than at “manning up” an embracing sacrifice as part of our being “knighted” into manhood.

Marriage is not about your own fulfillment. marriage is about crucifying your selfishness.

The Apostle Paul called the men of Ephesus to “love your wife as Christ loved the church” precisely because he was aware of how their Jewish or Greco-Roman upbringing had told them marriage was about THEM.

Today, with a 50% divorce rate, it’s time for men to stop listening to culture, and start listening to scripture. True manhood, according to scripture means being watchful over the Trojan horses of cultural lies about gender, sex, and marriage. It also means standing strong in scripture. And it also means finding strength to obey scripture through the power of the Holy Spirit. The result is not a self-centered demand that our needs be met, but rather, a Holy Spirit-empowered pouring out of sacrificial love. Men, it’s time to stand up!

“Be watchful, stand firm in the faith, act like men, be strong. Let all that you do be done in love.”

OUR FIRST OUTDOOR IN PERSON SERVICE has been…. CANCELLED due to rain.